In a strip of land that runs from the palm of the Peloponnese into the sea, there are the Methana. A small islet separates this peninsula that has been transformed into an island, escaped from the barren argillian land and joined by the light and full sea breeze of the Saronic islands. Few know that it is one of the oldest healing centers in Greece and one of the oldest tourist resorts of the Saronic Gulf.

Volcanic activity has left behind a strange landscape shaped by lava flow and ash. And at the top of the island is the volcanic cone with its crater at 417 meters. Those who take the path that leads to the crater can see the spectacular sight of a giant and primordial power sleeping.

Its shade rests with tiled roofs, pines and shrubs, courtyards with flowers and small alleys and next to dozens of beaches with crystal clear waters. They all make up a special but fertile and healing land, something you will feel from the first time you visit Methana!

Methana is also known for its “dormant” volcano, although the scientific community considers it active after 30 locations with intense volcanic activity have been identified during its existence. The volcano is accessible from the settlement of Kameni Chora. Follow the asphalted road for less than 3 km and then await you on a hiking and hiking trail. The trail is well signposted and leads through a very beautiful natural environment, sometimes with pine trees and sometimes with bare limestone stones, at the top of the volcano.

According to the Pausanias traveler, his last explosion occurred in the 3rd century BC. century. The Methana volcano belongs to the Aegean volcanic arc along with those of Santorini and Nisyros. Geologically interesting is the fact that there are underwater volcanoes along the arc (one of them, outside Methana, had volcanic activity around 1,700 AD). 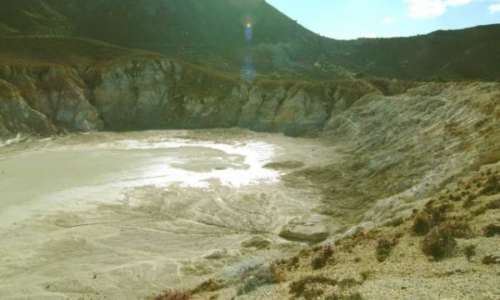 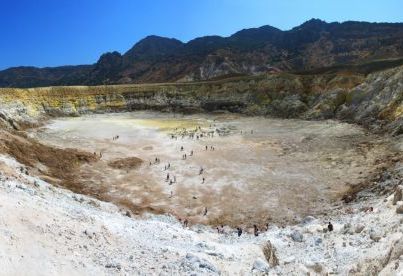 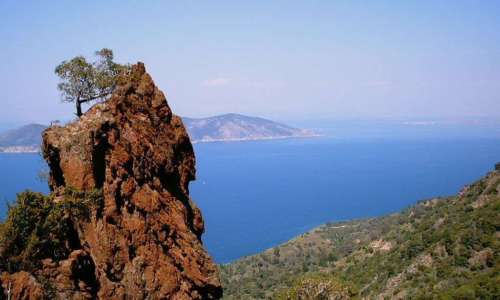 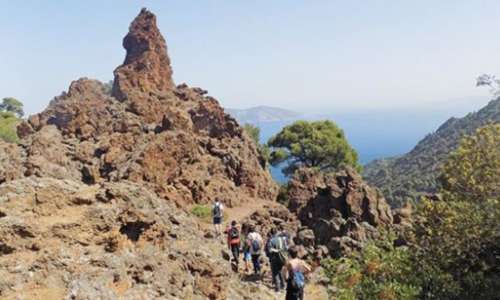